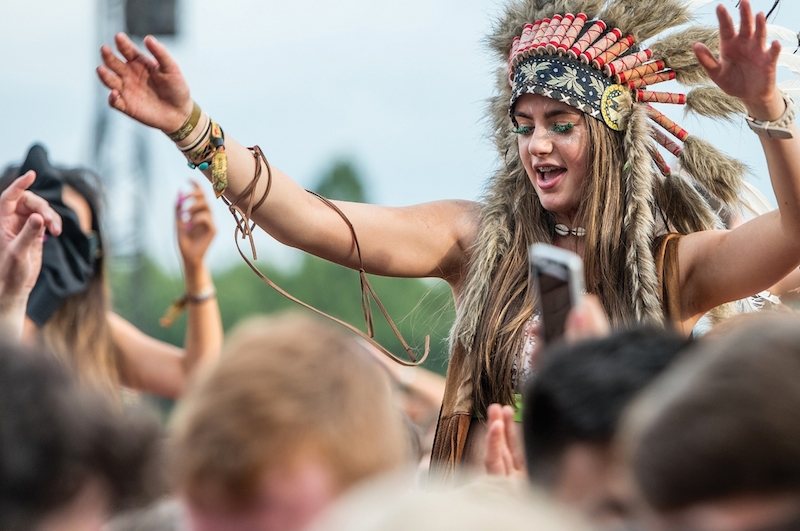 I object to obvious cultural appropriations and misuse such as “Chief Wahoo”(Cleveland Indians) and other insults to Native Americans such as the feather head-dress photo at top. I confess I didn’t think much about Princess Summerfall Winterspring on the old “Howdy Doody” show, but I was a tot then. Today the worm has turned, and if we write, we have to be aware of writing and cultural appropriation.

Here’s the issue.  On the one hand, if we fiction writers can’t use our imaginations to cross boundaries, and imagine things and  create characters unlike ourselves, we’re doomed as a species. On the other hand, there are sensitivities that we need employ. A New York  Times op-ed piece by Lionel Shriver (9/23/16) has generated a lot of buzz.  Here’s her piece:

http://www.nytimes.com/2016/09/23/opinion/will-the-left-survive-the-millennials.html
And below is part of two letters to the NYT in reply:
“No one is saying Ms. Shriver should be put in jail or that it should be illegal to publish a book she writes from the perspective of an oppressed person of color or some other position about which she can have little personal experience. In the same vein, it shouldn’t be illegal for me to post an article about how that reflects on her, and suggesting that other people join me in not reading it….”  Uma  B. Gaffney
“If the great evolutionary triumph of our species is the capacity to reason and understand, then for millennials to define themselves strictly in terms of their race, age, gender or ethnicity is to be forever stranded on a smaller planet. When we allow anyone of any age to police our imaginations, to condemn us to writing plays, poems and novels only about people like ourselves, then we’re doomed as artists and humanists. The best thing about our capacity for abstract thinking is that it allows us to imagine what it’s like to be someone else (saint or sinner), and might help us become more empathetic….”  Fengar Gael
——————————
My take on the above?  The first letter (Gaffney) is dripping with assumptions and “correctness” if not literary fascism. The second (Gael) is a strong counter. All the writers I know personally are sensitive to the issue of cultural appropriation. We’re simply not going to write a character if it’s a bridge too far. That is, if we don’t have deep personal experience with and knowledge of the subject at hand, we’re not going to address it.  We have to earn the right to write a character very different than ourselves. And if we’ve done our work–deep, sincere, empathetic immersion in which we imagine the inner and out life of the character–then we should have at it, writing with no outward or inward constraints. No policing. After all, the rules of fiction writing are made to be broken.