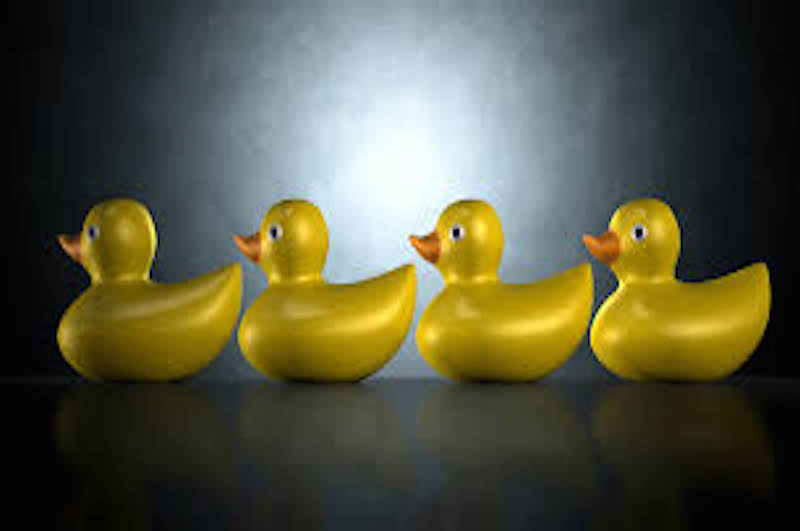 Say you’ve been through several drafts of a short story or even a novel. One of the final aspects of close revision should be about your  syntax.

Huh?  What’s that?  Syntax is all about your sentences. It asks you to take a very close look at your prose and how it flows.

“Syntax,” defined, often has a lot of mumbo-jumbo about “the rules of orderly grammatical constructions.”  For example, the main order of sentence  is Subject + Verb + Object.  Okay, we get that. But a better way to understand syntax is think of the order of your phrases and clauses (your “ducks”).  Below, is an example sentence from a chapter I just broke off from  my new novel:

1. “He became more flamboyant after his mother died, and his wild parties–for men only– were the talk of the town.”

Okay. A solid sentence. Character development and conflict moving forward. But I kept thinking there was something slightly wrong with the sentence. So I revised its syntax:

2.  “After his mother died he became more flamboyant, and his wild parties–for men only– were the talk of the town.”

Aha.  What was amiss in #1 is what I might call Syntactical Chronology. That is, the order of the ongoing phrases.  In your writing, do your phrases move forward in logical chronology?  Or are they inverted or in some way out of causal order?  In my #2, the mother dies and because of this, he becomes more flamboyant–which is really what I want to convey.  I also think #2 has a slightly smoother flow, and puts more of a focus on “talk of the town.” Which was my goal.

Geeky stuff here.  Revision-as-brain-surgery.  But the final draft of your short story or novel needs to have its syntax well-thought out and well-revised. If so, your prose will have a subtle but felt effect as more smooth-flowing and continuous.  It will also also set you apart from writers who have not fully considered syntax. Editors need a reason to choose your work over the other submissions. Make this subtle matter of revision work for you.