Home / Blog / The Writing Life / Can You Handle Publishing Success? 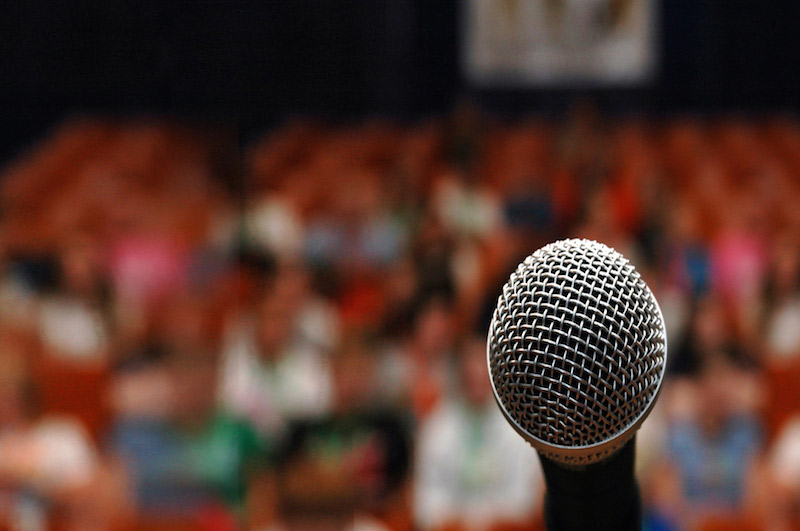 Once you publish a novel or two, your life changes. What used to be a solitary life now becomes public.  You start to get invitations to come and say something about yourself and your writing.

Invitations to speak span a big range. Small book clubs in living rooms.  Keynoting a library convention. Addressing an auditorium full of wild middle schoolers*. Giving a commencement address (if you’ve generated some serious attention).  But most will fall somewhere in the middle, such as my recent visit to Winona State University in southeastern Minnesota.

I met an afternoon Intro to Creative Writing class, with about twenty-five students and their lively English professor, Dr. James Armstrong. A school visit is only as good as the students’ preparation, and Jim had them ready.  They’d read all the short stories in my SWEET LAND collection and were packing with “three questions” each.  I didn’t get to all of the questions, but many, and we had a good class.  One of the students, a guy, lingered afterward. He said he hadn’t expected to like some of my “farm stories,” because he had no background in any way in terms of farming. However, he said I had made some of the stories “living things” that kept him reading. “Living things!”  How cool is that as a descriptor of what we authors should aspire to with everything piece we write! I thanked him.

Then, later in the afternoon I did an on-campus reading for about fifty folks, students and community members.  The time (5 p.m) was a bit awkward, as people’s biorhythms late in the day are on the wane (I know mine are). And that matter itself–the time of your gig– is yet another part of your challenge as a performing writer: you’ve got to consider the needs of your audience.  I’ve developed a habit of picking 2-3 reading options, then, upon seeing the audience in their seats, making a choice at the last minute.  It’s a bit risky, but I’ve made it work.

I talked a little between selections. I excused, as promised, students who saw me earlier in class (they were dragging). I came down off the podium to make the reading more of conversation. And I tried to finish strong once again at the mic. I wrapped up by reading my introduction to a new anthology, TAKING AIM: GUNS IN AMERICA (HarperCollins).  It’s controversial piece (things with guns have to get way worse before they will get better).  But remember: as a writer your first job is to get people’s attention. After that it’s to push them to think–about their lives, their ideas, their values.  If you can do that, you’ve had a successful reading.

You’ve also fulfilled that tricky, complicated, public side of being an author.  Ideally you’ve made it look easy, left some good ideas and energy in your wake, and returned home ever more committed to the writing life.

P.S. Here are those screaming middle schoolers, a brief vid just below on my Amazon page. It was long but very fun day in school.